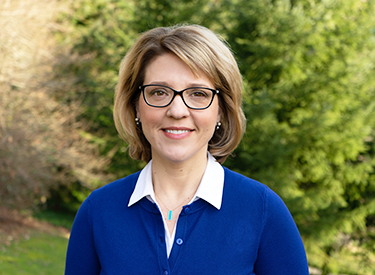 As a first generation college graduate and passionate advocate for workforce education, Dr. Morrison has committed her career advocating for college students and community and technical colleges.

During her tenure at LWTech, Dr. Morrison has seen the college through post-Great Recession budgetary challenges, while growing college programs and partnerships. The College has grown program offerings with a focus on equity, completion, and empathy.

In 2019 LWTech was named one of the Top 150 community colleges by the Aspen Institute, in part because of the College’s substantive completion efforts.

Morrison is extensively involved in local, regional, and statewide initiatives including One Redmond, Cascadia Innovation Corridor, Washington Technology Industry Association, and serving as a Commissioner for the Northwest Commission on Colleges and Universities (NWCCU). She is also substantively involved in statewide community and technical college system work, including chairing the presidents’ legislative and strategic visioning committees.

Morrison has been recognized for her inclusive, collaborative, and transparent leadership by NCMPR in 2017 as the Pacesetter of the Year, 2019 by EvergreenHealth with their Community Service Award, and by her alma mater University of Nebraska Lincoln Educational Administration Department with their 2020 Impact Award.

Prior to leading LWTech, Dr. Morrison served for nearly ten years in vice presidential roles including advancement, as well as, campus operations at Clover Park Technical College. She began her community and technical college career at Bates Technical College in 1999.

Prior to her community and technical college career, Morrison served as the Deputy Director in the Office of Congressman Norm Dicks where she focused on higher education and workforce outreach.

She received her doctorate in Higher Education Administration from the University of Nebraska Lincoln in December 2013 as part of the National Community College Leadership Cohort. Her dissertation focused on the importance of student completion (earning a credential such as a degree or certificate) for students pursuing a workforce or technical degree. She received her Masters of Public Administration at The Evergreen State College, and her undergraduate degree at Mills College.

Dr. Morrison lives in Kirkland with her family.

Executive Cabinet is comprised of senior leadership that represents each area of the college, including Administrative Services, Marketing and Communications, the LWTech Foundation, Research and Grants, Instruction, Human Resources, and Student Services. Members of the Executive Cabinet work directly with the college president, providing strategic direction and input.

Robert Britten is a native of Louisiana, and an accomplished writer/author, educator, advocate, mentor, and trained facilitator in Dependable Strengths.

He is a past recipient of The Alan Spence Scholarship Award, a graduate of the Social Justice Leadership Institute (Bellevue College), and the Administrators of Color Leadership Program. He currently serves on the Faculty and Staff of Color Planning Committee to support the efforts of staff and faculty of color in higher education, and has received various certificates and awards throughout his career. He served in the US Armed Forces, and has formal work experience as a Human Resources Manager, and a Corporate Recruiter in addition to being an accomplished speaker, trainer and workshop designer/presenter.

Robert is a Board member for Lighthouse Storehouse, and councils combat vets with PTSD. He is an avid reader, loves to travel, laugh and serve others. He is often seen designing workshops, delivering Keynotes and telling his story of triumph over adversity and encouraging others to find personal strength through their gifts.

In 2017, Robert wrote and published two books: “No Time Like the Present,” and “When Leadership Matters.” He earned an Associate’s degree from Edmonds Community College, a Bachelor of Science degree in Business Management from The University of Phoenix, and a Bachelor of Arts degree in Organizational Leadership from Brandman University. He is currently pursuing a Master’s degree in Education. 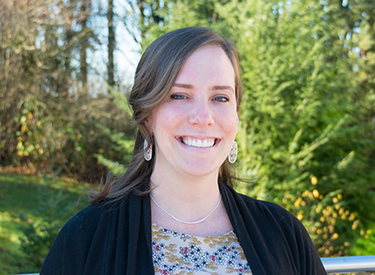 Director of Research and Grant Development

Director of Research and Grant Development

Cathy Copeland serves as the Director of Research and Grants. Copeland leads all institutional research activities, grant development work (including serving as the lead grant writer on campus) in addition to supporting the college's planning and accreditation efforts. She previously worked at the University of Washington, the Allen Institute for Brain Science, and Thermo Fisher Scientific. She earned a Master's degree in Public Administration (MPA) from the University of Washington in addition to a BS in Biology and BA in French and Francophone studies at Santa Clara University. 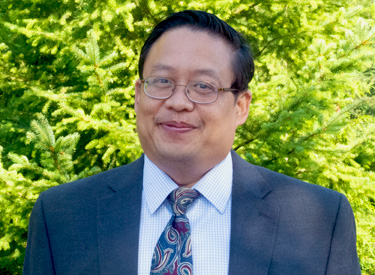 Tuấn Đặng has served Lake Washington Institute of Technology since 2019 as a Dean of Instruction prior to being appointed Vice President of Instruction.

He began his career in education while serving as a Peace Corps volunteer in Senegal working with agriculture, small economic development, and public health. Following service, Tuấn moved to Thailand where he spent over eight years working in both private and public education with all grade levels, from Kindergarten to Post-Secondary Education.  While in Thailand, he also founded and operated a community school accredited by the Thai Ministry of Education.

In the United States, he has served as Dean for Arts & Humanities as well as Associate Dean for Basic & Transitional Studies and the English Language Institute at Bellevue College. He has also served as Manager of High School Completion programs at Lower Columbia College.

He holds a M.Ed. in Bilingual Education from Rangsit University as well as an Ed.M. in Adult Education: Organization and Human Resource Education from Oregon State University. He also holds a B.S. Zoology and a B.S. Biology: Ecology, Evolution, and Conservation, both from the  University of Washington. He is a graduate of both the Administrators of Color Leadership Program (2019) and the Social Justice Leadership Institute (2017). 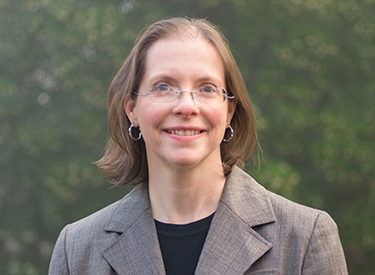 Dr. Ruby Hayden has served LWTech since 2002 in several positions including Career Specialist for Advising and College Transfer, Coordinator for Advising and Retention, Director for Student Development and Retention, and Dean of Students. She has also served as an Academic Advisor at Whatcom Community College, and in Residence Life positions at Western Washington University, and Humboldt State University. She has college level teaching experience at four different institutions, serves as an accreditation evaluator for the Northwest Commission on Colleges and Universities (NWCCU), and has authored or co-authored several academic and professional publications and presentations.

Dr. Hayden has a Ph.D. in Education Leadership & Policy Studies from the University of Washington, a M.Ed. in Student Personnel Administration from Western Washington University, and a B.A. in English and Spanish from Humboldt State University. She earned a Certificate of Completion from Washington Executive Leadership Academy (WELA) in 2010. 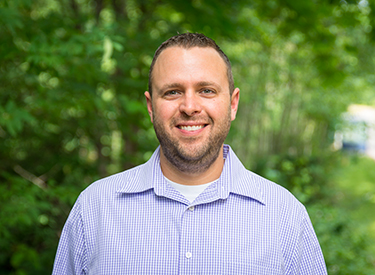 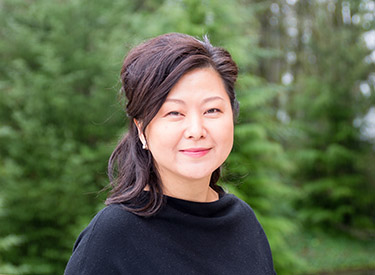 Meena Park has served LWTech since 2014. She was appointed Executive Director of Human Resources in 2017 and Vice President of Human Resources in 2021. Prior to joining the community and technical college system, she served in HR roles in the health care, government, and casino/hotel industries. As Executive Director of Human Resources, she oversees human resources, payroll, and serves as the Title IX Coordinator and Ethics Officer. Park holds a Bachelor’s of Science in Business Administration/Personnel Management from the University of Nevada, Las Vegas and a Master’s of Science in Management and Leadership from Western Governors University. 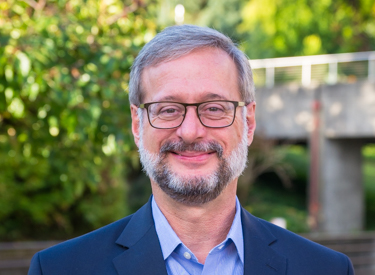 Bruce Riveland’s career in the state’s community and technical college system includes roles as the Vice President of Administrative Services at Seattle Central College, Vice President of Administrative Services at Olympic College, Dean of North Campus and Continuing Education at Bellevue College, and Executive Director of the Kent campus of Green River College. He has taught Communication courses and served as an accreditation evaluator for the Northwest Commission on Colleges and Universities (NWCCU). 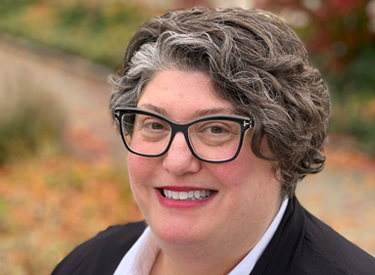 Leslie Shattuck has spent more than 25 years working in advertising, marketing, communications, and PR. She's placed hundreds of editorial stories in online, and broadcast media, as well as created successful advertising and marketing campaigns. She has managed a high-level media events, including a national press conference in the White House, and she was the media director for Archbishop Desmond Tutu’s five-day visit to Seattle to launch the Desmond Tutu Peace Foundation. She has supervised award-winning marketing and advertising campaigns and community partnerships and is a crisis communications expert.

Shattuck has volunteered her time with Cancer Pathways (formerly Gilda’s Club) for nearly 20 years, and is a former board member of the Western and Central Washington Chapter of the Alzheimer’s Association, and the Everett Animal Shelter. She is also a guest lecturer at the School of Visual Concepts where she speaks about PR writing and strategy. Shattuck is the former President of the Washington State Board for Community and Technical College’s (SBCTC) Public Information Commission. She currently serves on several committees and tasks forces at the state level through the SBCTC.

Shattuck holds a Bachelor of Arts degree in Mass Communications with a Specialization in Broadcast Journalism from Central Washington University. 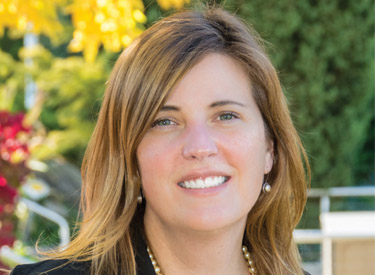 As Executive Director of the LWTech Foundation, the philanthropic arm of Lake Washington Institute of Technology, Elisabeth Sorensen oversees the day-to-day operations of the Foundation, manages donor relations, and works with a dedicated board of directors comprised over 20 business and community leaders and philanthropists.

Sorensen has held a variety of leadership positions in fund development, strategic communications, event production and management and community and government affairs throughout her career. Her experience includes an appointment by Governor Gary Locke to lead fundraising, planning and operations for the 2004 National Governors Association in Seattle and a five-year stint producing the BAM ArtsFair, the largest, award-winning arts and crafts festival in the Northwest with an audience of 300,000. Additionally, Sorensen has directed community relations activities for Governor Gary Locke and U.S. Senator Patty Murray, served as senior corporate and major gift director with Habitat for Humanity Seattle, and worked as an account executive at Waggener Edstrom.

Sorensen is a member of the Greater Kirkland Chamber of Commerce Board of Directors and past board member of the Central Washington University Alumni Association.

She earned an Executive Masters of Public Administration from University of Washington and a Bachelor’s Degree in Speech Communication and Psychology from Central Washington University. She also attended the University of Plymouth in Plymouth, England, UK, a yearlong study abroad program.