You're Not Alone and You Matter 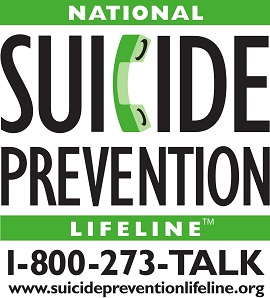 LWTech is dedicated to offering services and programs that address suicide prevention.

According to the National Institute of Mental Health:

And, suicide is a major public health concern. More than 47,000 people die by suicide each year in the United States; it is the 10th leading cause of death overall. Suicide is complicated and tragic, but it is often preventable.

Suicide impacts all our communities, especially men, veterans, and people of color. There are many resources to use and learn about suicide prevention or help someone you know struggling with mental health or suicidal ideation.

Use the links on the right to find more information, including how LWTech is addressing this mental health issue.

If you need immediate help there are several ways to get it:

Dr. Sally Spencer-Thomas knows first hand the challenges and stigma we face with suicide prevention and mental health. At the heart of all social movements are stories. Change is possible when we tell our stories.

Experts tell parents what to look for if they suspect their student may be thinking about suicide. Ask A Nurse is brought to you by JCPS Health Services.