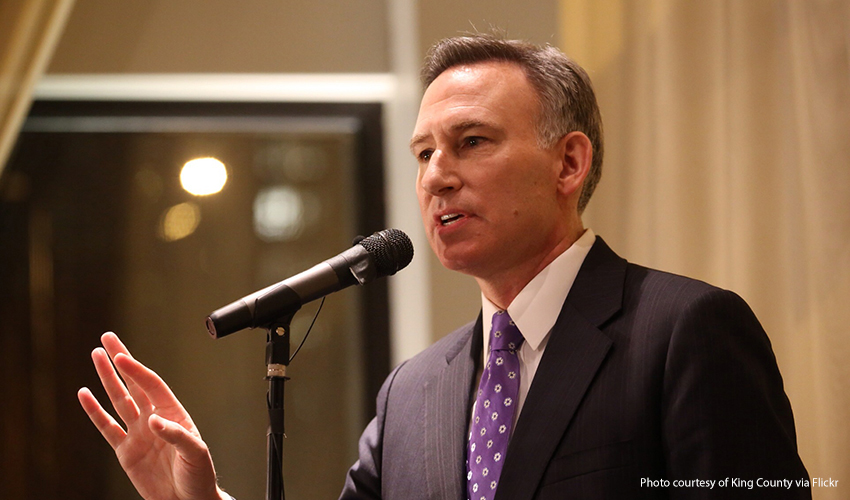 Executive Constantine was elected to his second term in 2013. Formerly a member of the King County Council and the Washington State Senate and House of Representatives, Executive Constantine is a three-time University of Washington alumnus and has also been a licensed attorney in Washington for the past 27 years. In addition, he has been a board member of the Sound Transit Board of Directors since 2006 and served as Board Chair from 2014 to 2016.

“Executive Constantine has shown commitment to higher education throughout his career, as an advocate for improved funding, universal access, and higher standards for our schools. I look forward to hearing the wisdom that he will impart upon our graduates,” said Dr. Amy Morrison Goings, president of Lake Washington Institute of Technology.

Lake Washington Institute of Technology (LWTech) was founded in 1949, and is the only public institute of technology in the state of Washington. LWTech offers 10 applied bachelor's degrees, 35 associate degrees, and 86 professional certificates in 42 areas of study, including STEM-focused programs in Science, Technology, Engineering and Math.