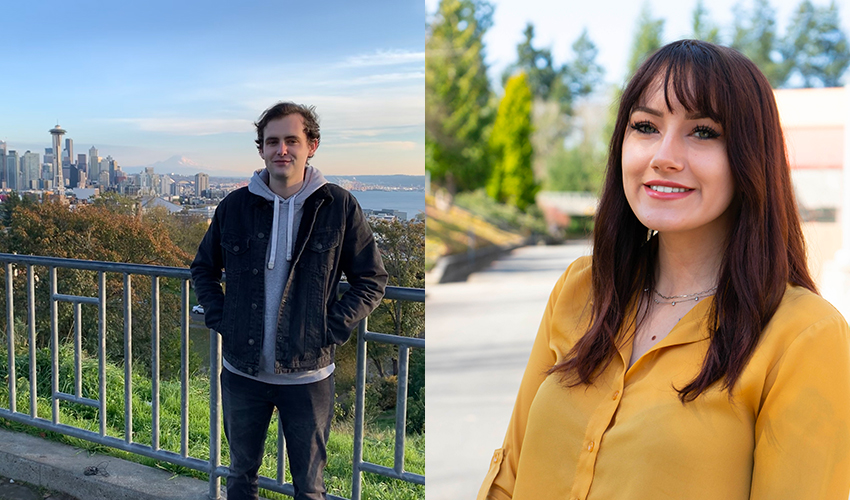 Dunham is a first-generation college student in the Business-DTA program at LWTech. She has been involved in leadership of the college’s Phi Theta Kappa chapter where she previously served as president. She has great interest in digital accessibility and is currently a member of the college’s Digital Accessibility Committee. After college, Dunham hopes to pursue a career in IT Management.

Carlisle, who is originally from South Africa, is a LWTech Design student who never dreamed that he would be able to study in the U.S. After working in England at a primary school, Carlisle got a job working in the film industry and realized the role designed played. After looking for programs that could help him develop his skills, he found courses at LWTech and shifted his focus to design. After college, Carlisle hopes to work in the film industry.

“Diandra and James are incredible hardworking students,” commented Dr. Amy Morrison, president of LWTech. “I’m so proud of all they’ve accomplished, and we are looking forward to recognizing them at the virtual All-Washington Academic Team ceremony on April 15, 2021.”

The All-Washington Academic Team program showcases Washington’s community and technical colleges by honoring academic high achievers who have shown a commitment to success both in the classroom and the communities in which they live. This recognition also demonstrates the state’s commitment to scholarship and community service on the part of those attending the state’s public community and technical colleges. To qualify, recipients must maintain a cumulative GPA of 3.5 or higher, demonstrate outstanding academic achievement and community engagement, and be nominated by their college.

Lake Washington Institute of Technology (LWTech) was founded in 1949, and is the only public institute of technology in the state of Washington. LWTech offers 10 applied bachelor's degrees, 35 associate degrees, and 86 professional certificates in 42 areas of study, including STEM-focused programs in Science, Technology, Engineering and Math.